A downloadable tool for Windows, macOS, and Linux

Pribambase is a small tool that connects Aseprite and Blender, to allow painting with instant viewport feedback and all functionality of external editor at the same time. It also adds a few shortcuts like displaying the UV map in Aseprite or setting up a grid-scaled pixelart reference in the viewport.

Currently, the addon has mostly one-way workflow where you paint in Ase and not much in Blender. Better bidirectional workflow  is planned in future versions.

Although the entire project is distributed free of charge, I highly encourage you to support it financially sooner or later, as if it was on blen***arket or flip***rmals. There's still work left to do, and it'd be pretty great to be able to do it sooner.

Video version - all thanks to frozenMeatpopsicle

This plugin consists of two parts: for Aseprite and for Blender. Get them from downloads section. Aseprite plugin is the same regardless of the OS.

After that, a new menu option called Sync should appear in the File menu

After the plugins are installed, turn each of them on before drawing in any order:

Done! With these steps, the link is up and running. Now you can: 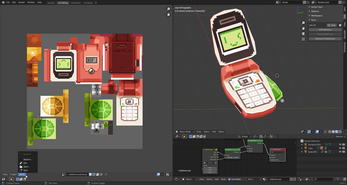 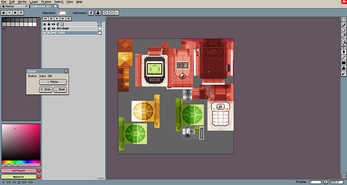 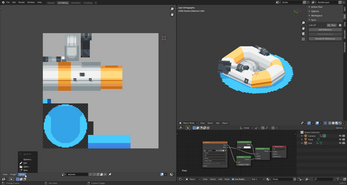